POLITICS :: Saturday - mourning, wondering what happened, thinking about the future of America

What a day... I didn't spend much time looking at the internet news today... was doing other things, but saw the headlines at Yahoo.  I don't know all the details of how this ballot count went, but I am sure everyone needs to fight suspicious circumstances.  Only GOD knows the final numbers.  We need to do some evaluating until we are sure the final numbers are correct.  That's important.

I have been thinking about a Biden & Harris world.  I nearly cried a few times today.  It won't be a good world... but it will become our world.

The issues are getting so serious I don't know how to protect myself from them.  It is almost a constant thought.

I realized a long time ago, in the way of faith, that GOD can restrict us as well as expand our lives... always there is a purpose... we just don't always know what that purpose is.  What is GOD saying to us with this election?  I'm trying to decide the answer to that question. 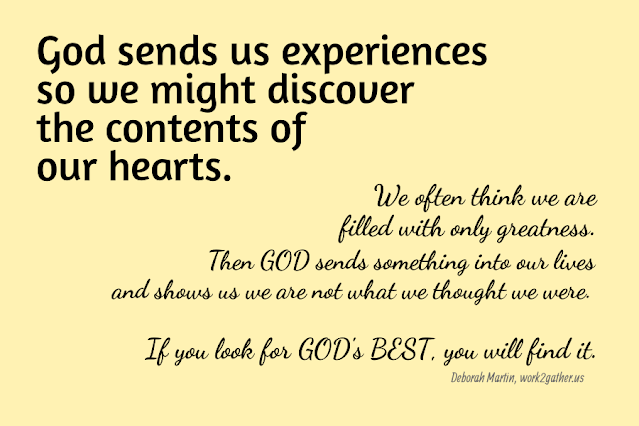 I am trying to see what GOD sees...  it frightens me.

Have you seen the film by AFA.net (American Family Association)?  -- IN HIS IMAGE --  It opens with these small children in drag making a serious statement about legal rights in families.  I was listening to a commentary about the current status of the election and why it happened, and one of the comments about the Biden ticket was their everything goes stance on children getting sex-change surgery if they want it, as well as a reminder they want everything goes abortion.  Add tax issues to that list.  What will America look like in four years?  I can't even imagine.

I have to remember what it means to live with people who have no moral boundaries... who don't live with Truth, the equal rights of others, or even a real knowledge of what the Bible says.  I think about the difference between crimes where addicts are desperate for enough money to get their necessary drug and those who sit at a computer and violate the rights of others without anyone knowing it.  They are both criminals, but one is hidden so well we have a hard time finding them.  In reality, when the laws get changed to allow these hidden crimes, no one will be able to protect themselves from this kind of invasion.

This is what technology is doing to our lives.  We create things to help us, but there is always someone using it to commit crimes, hurt others, and gain things they have no moral right to have.

I don't know what good people will do to survive these changes... especially Christians, who have boundaries that open them up to be victims.

It's something I have been working through for most of my life... searching for ways to change the suffering for all those who want to keep their faith and survive to the end of our lives... in times of growing persecution.  I ask myself, what can we do, in the current world, to help and protect each other?  Working Together was my best effort.

Trusting GOD is hard when the details don't turn out the way you hope they will.  I think of Bible passages when I get really thoughtful.  Each story has meanings that don't always shout to you.  When we only know the sermon version, the children's version, the movie version, we don't really understand it for ourselves.  Studying what the Bible says -- comparing a zillion versions these days -- lets GOD show us things those other sources might not share.

One thing I will share as an example is Jesus appearing to others.  In the beginning, He said, "Don't touch me yet..."  When he went to the upper room where the Disciples were, he still had all his wounds...and could be touched.  Why did He have all those wounds in his body if He had been changed after death?  When He went up to heaven in the clouds, was that when He received a new body?  Did all those wounds go away?  ---  What does this mean in our afterlives?  I don't know if anyone has had a sermon about this.

The martyrs under the sea of glass crying out to GOD for vengeance against those who killed them are given white robes.  They exist as people, as souls, but are they glorified yet?  The Bible says they have to wait for their final rest, so they can't have the "new" bodies we will have in heaven after judgment...

And why are the dead in the sea different from the rest of the dead?  They are a totally separate group of souls when it comes time to "reap" the Earth.

My thoughts, so far.

I guess we will find out next year, what the government will become. 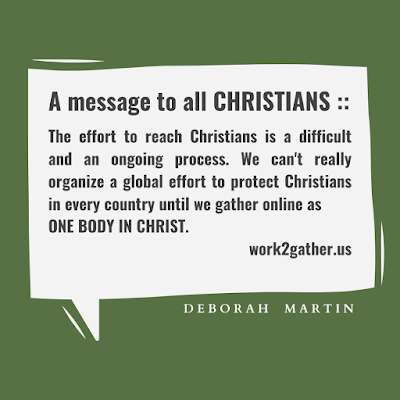